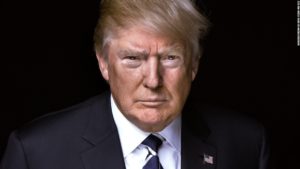 Check out the down lines just between the eyebrows, called liver lines in Chinese medicine. The liver is the organ that controls the emotion of anger. And look at the bags under the eyes, which reflect the condition of the kidneys. The kidneys control the emotion of fear. And the puffiness running on each side of the nose down to where the nostrils begin. You can see it clearly on the well lit side of the face, directly below the inside corner of the right eye,  indicating heart issues, and the heart controls anxiety.

But quite frankly, you don’t have to go that far. I am sure the Donald loves this photo as it seems to present him as really serious, tough, austere, and dominant. If a child looked at this photo, he would never want to play with the Donald. Would you?

Seriously, considered with the finesteride abuse mentioned in this blog, it is inconceivable that this man should have control over the  nuclear football.